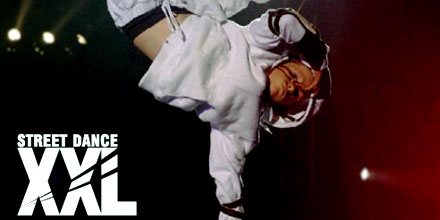 Street Dance XXL is to broadcast on TV as part of a three part Channel 4 documentary, AllStreetDance can reveal.

The show will be filmed from the Street Dance XXL qualifiers at the annual Move It exhibition onwards and aired in August. Fresh One will produce the programme.

We can reveal that the first episode will be based around the qualifiers of the championships, with following episodes focusing on the back stories of the qualifying crews and the history of street dance.

For the first time Street Dance XXL is part of the Move It’s annual exhibition at Kensington Olympia on 11, 12 and 13 March.

As announced in December, a 500 seat arena will be installed in the venue to allow people to watch the Street Dance XXL qualifiers, with groups that register for the championships given full access to the Move It exhibition.

The group with the highest overall audition score will also be invited back to perform as part of the show on the main stage.

Groups who wish to register and compete should visit www.streetdancexxl.com.