Red Bull BC One 2011 BBoys In Motion gallery and video 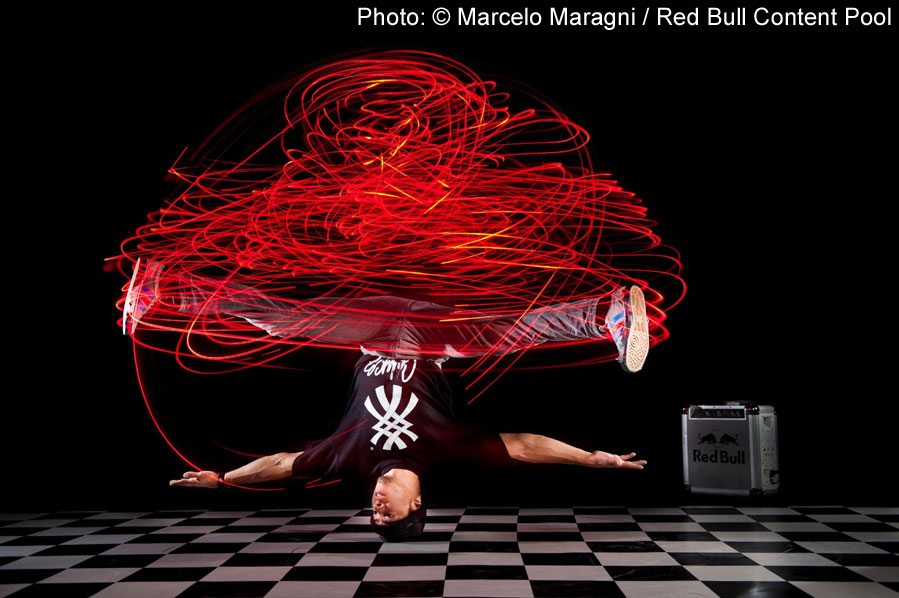 Red Bull has commissioned a series of photographs taken by Marcelo Maragni in celebration of Red Bull BC One 2011 in Moscow, Russia.

Watch the Red Bull BC One live stream here!

Video: Red Bull BC One 2011 BBoys In Motion (hover to reveal play button)

Maragni’s concept came from shooting racing cars at night and following the light trails of the headlights with the camera.

“I started working on using the same effects in other sports and now I’m bringing this to the b-boys because I think it totally works with the scene,” said Maragni.

The photographs were taken to demonstrate motion in a still image and created using long shutter exposures and attaching LED lights to the dancer’s trainers.

B-Boy Lil G, winner of Red Bull BC One Brazil commented: “I really enjoyed the photo shoot with the LEDs because I was doing a move I really love: the headspin. I can spin and spin and spin without putting my hands on the floor while making lots of movements with my legs. When I saw the picture I was amazed because you can see all these lines around me and the main movement.”

Red Bull BC One 2011 BBoys In Motion gallery

It was announced earlier this month that Red Bull Media House will provide 3D content for the Nintendo 3DS system.