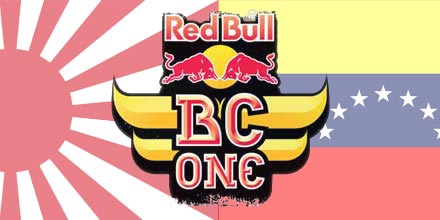 B-Boy Taisuke and B-Boy Lil G emerged as winners during the last Red Bull BC One qualifiers in Brazil and Taiwan yesterday. Both the winners had also made the final 16 in the b-boy competition last year.

Both go on to compete at the Red Bull BC One 2011 final in Moscow, Russia, in November, with last week’s regional winner, BC One Chicago champion, B-Boy El Nino and 16 of the world’s most elite solo b-boys.

“It was a great honor to represent my country so well in such a difficult tournament,” said Lil G after the event. His opponent, Kapu, later admitted Lil G was a deserving winner who kept his best moves for the final.

The winner of Red Bull BC One 2010 was Neguin, also from Brazil, who was on the judging panel.

B-Boy Taisuke from Japan who made the Red Bull BC One 2010 finals in Tokyo and has competed in earlier BC One finals, won against B-Boy Blue from Korea. Taisuke is also know for his appearance in BC One documentary, Turn It Loose: The Real Street Dance, which followed his journey from his home town in Japan to the 2007 BC One finals in South Africa.

B-Boy Lamine, judge at the Taiwan qualifier commented: “Each and every B-Boy tonight proved his uniqueness. Taisuke really had to step up his game, it was not an easy win for him, but he definitely deserved the title. He was the best b-boy tonight!”