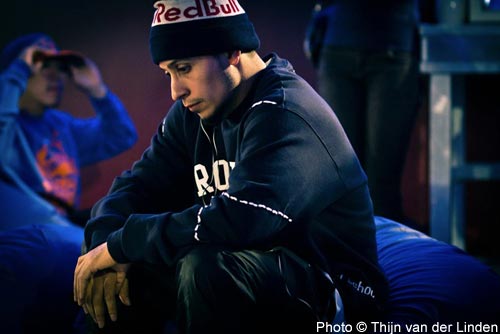 Photos from Red Bull BC One 2011 Russia have been released after the world finals took place this weekend where RoxRite emerged as winner of the title.

The behind the scenes and action shots taken by Thijn van der Linden include photos of b-boys relaxing ahead of the battles and RoxRite in thought before the finals.

Earlier photos by Thijn van der Linden and Nika Kramer were also taken ahead of the event when the Red Bull BC One b-boys arrived in Russia.

Red Bull BC One was available to watch as a live stream online. An official video has also been released and includes highlights of the finals, although no round-by-round videos have been released of the battles as yet.

Red Bull BC One 2011 took place on Saturday 26 November at the Old Moscow Circus, Russia – full results can be found here.