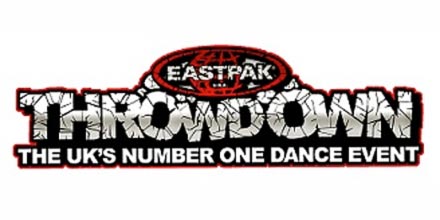 Throwdown, the popular street dance battle night that takes place monthly at Plan B in Brixton, London, is to finish after 10 years.

There will be 10 more Throwdown events until the event winds up in May 2013.

Throwdown is closing as the event’s organiser, Charlie Morley, is to enter a six month intensive Tibetan Buddist retreat to focus on a career in teaching lucid dreaming.

“Ten years is a long time to commit to any one project and although Throwdown is still alive and kicking we would much rather wrap it up while its flame is still blazing bright than allow it to fizzle out gradually, as often happens with other events,” reads the latest Throwdown newsletter.

It continues: “Rather than trying to hand it over to a new team while Charlie is in retreat, we’re going to pull the plug while it’s still in electrifying shape.”

In its 10 years Throwdown has gained acclaim from the underground dance scene as well as from the mainstream press with the Guardian newspaper proclaiming “Throwdown has an electrifying vibe and it’s a real scene creator!”

Since its inception in 2003 Throwdown has hosted numerous battles with appearances from the world’s most renowned b-boys, staged qualifiers for Alien Ness’ Octogon battles and published his book, The Art Of Battle, under the imprint of Throwdown Books.

Featuring breaking, popping, locking, house dance battles next to tapdance, graffiti, DJ, MC, beatbox showcases and occasional poledance competitions, Throwdown also embarked on a Get Out Of London UK tour, taking the night to Nottingham and other cities.

The last 10 Throwdown battles will include a series of “last of…” battles in every dance style until the end.

The next Throwdown is on Thursday 14 June and will include a Bonnie and Clyde battle – a 2 on 2 breaking battle with a male and female on each side.