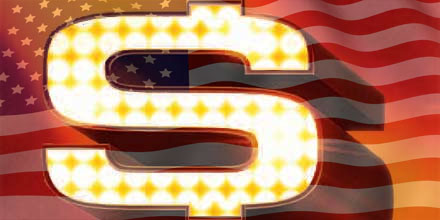 The US rights to Street Dance and Street Dance 2 have been bought by Phase 4 Films, one of the leading full service independent studios in North America.

According to Variety the acquisition means Phase 4 Films is due to set a date for theatrical releases of Street Dance and Street Dance 2 in the North American market theatres and through video on demand services.

Directed by Max Giwa and Dania Pasquini and produced by James Richardson and Allan Niblo the Street Dance films are reported to have grossed a combined $75 million US dollars (£47.8 million) worldwide so far.

The movie Street Dance was released in May 2010 in 3D and starred Nichola Burley, Ukweli Roach and Richard Winsor preparing for the street dance championships with appearances from George Sampson, Flawless and Diversity and a cast of UK dancers. Over its opening weekend, Street Dance 3D made £2.4 million at the UK box office making it the biggest grossing 3D UK film.

Street Dance 2 was released in March 2012 featuring Falk Hentschel and Sofia Boutella as lead characters and starring George Sampson returning as Eddie and Flawless as The Surge with a cast of international dancers. The sequel did not perform as well, making £600,000 and received lukewarm reviews in the press. Street Dance 2 is released on DVD from 23 July 2012 with plans for a box set also revealed.

Dates for the release of Street Dance 2 in your country can be found below, handled by Protagonist Films for European releases.