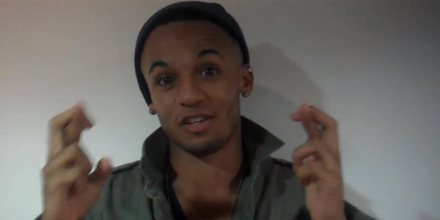 Aston Merrygold of boy band JLS will replace Adam Garcia as a judge on Got to Dance, The Sun newspaper confirmed today.

Adam Garcia is to leave to star in a stage adaptation of Kiss Me Kate.

Aston told sources (as quoted in The Sun): “My experience on talent shows will help me to understand what the contestants are going through. I can’t wait.”

Aston Merrygold’s choice as judge has been questioned by fans of Got to Dance and JLS alike who believe(d) JLS would be on tour during the recording stages of the show.

Others believe that Aston doesn’t have the same degree of experience in dance to be a suitable judge, including followers of All Street Dance on Twitter:

@allstreetdance discussing judges on reality tv shows, I think it should be an experienced professional that’s knows the whole industry

@brownie72 get judges that hire dancers in real life not ones are looking for a job in between shows — Mark Summers (@marksummerscast) August 3, 2012

GotToDance producers must know that fans are going to audition with the chance of seeing aston — Bimbo 😉 (@KatrinaPJ_NFG) August 11, 2012

Ashton merrygold replaces Adam on got to dance??? Huh??? He doesn’t have a dance background does he?? — Shauna Golden (@Shauna_Golden_) August 11, 2012

Additional Twitter reactions are embedded at the bottom of this story

The new Got to Dance judging panel will now be: Aston Merrygold of JLS, Kimberly Wyatt, dancer and formerly of The Pussycat Dolls, and Ashley Banjo, choreographer of Diversity.

Why has Adam Garcia left Got to Dance?

Adam Garcia is to leave to star in a stage adaptation of Kiss Me Kate at the Old Vic theatre in London.

Described as an “exuberant show-within-a-show” it “throws together gun-toting gangsters, sparring actors and romantic entanglements against a backdrop of a touring musical production of The Taming of the Shrew.

Adam Garcia’s run of Kiss Me Kate includes music and lyrics by Cole Porter choreography by Stephen Mear whose work includes shows such as Crazy For You, Betty Blue Eyes, Hello Dolly and Mary Poppins.

Twitter reactions from our followers can be found below – please give them a moment to load! Requires Javascript to be enabled, may not work on mobile phones – still can’t see them? View them on Storify here!