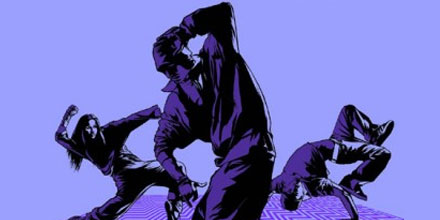 Breakin’ Convention has announced its line up for 2011, celebrating its eight year anniversary as a hip hop dance theatre festival at Sadler’s Wells, curated by Jonzi D.

The annual festival will feature UK and international dance acts performing hip hop dance theatre, theatre performances in the Lilian Baylis Theatre and graffiti art in the foyer and yard.

Tabu Flo, a b-boy crew from Uganda is billed as one of the festival highlights. A documentary, The Night Dancers, will document their journey from developing their theatre piece in Kampala, Uganda with Jonzi D and culminating in their performance at Sadler’s Wells as part of Breakin’ Convention 2011.

Chicago Footwork will showcase the Chicago dance style of footworking, while Big City Brains returns with a feature production, Human Robot, which will feature a real dancing robot.

To coincide with their tenth anniversary, Boy Blue Entertainment will perform Klocks, the first routine the group performed at the first Breakin’ Convention in 2004, kicking off a series of ten shows in one month.

As well as the main show, Turbo (Issac Baptiste), Cindy Claes, Dickson and more dancers due to be announced will participate in an improvisation jam in the Lilian Baylis Studio.

The full Breakin’ Convention 2011 daily line up can be found at www.breakinconvention.com