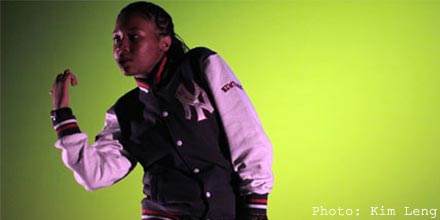 B-Boy Storm has been commissioned to choreograph and direct a special performance at B.Supreme 2011 at the Southbank Centre, London.

B.Supreme Europe features collaborations between established European hip hop brands Battle of the Year from Germany, Spin Off from Holland and Lezarts from Belgium.

B.Supreme artists worked with B-Boy Storm who oversaw the B.Supreme Europe project where dancers from each country will come together to create a one-off performance piece.

b.supreme is the UK’s festival for women in hip hop, intitially premiering at the Southbank Centre. b.supreme opened Studio B in Brixton earlier this year.