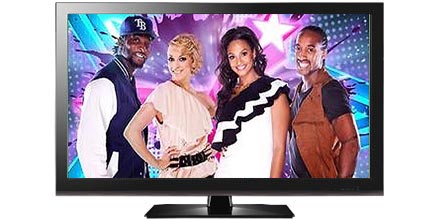 The BBC has announced the judges on Alesha’s Street Dance Stars on CBBC, running over 10 half hour episodes.

AllStreetDance announced that Turbo was the first judge lined up for Alesha’s Street Dance Stars,  followed by Lizzie Gough. The final confirmed judge is Kenrick Sandy of Boy Blue Entertainment.

Presently Kenrick Sandy is also choreographing on BBC So You Think You Can Dance.

Announced in March, Alesha’s Street Dance Stars is a dance competition on the CBBC channel where dancers aged between 10 and 16 will compete for a “money can’t buy” prize.

Alesha Dixon, host of Alesha’s Street Dance Stars, said: “Street dance has taken the nation by storm and I am delighted to be fronting this brand new series showcasing the UK’s most talented young crews.”

The BBC also announced that Perri Luc Kiely and Jordan Banjo of Diversity will mentor and support crews.

While no date for the episode has been announced, the show will begin with 24 crews competing in the qualifiers, aiming to claim one of the 15 slots in the heats.