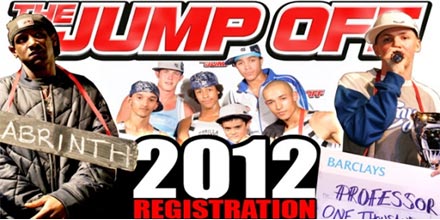 Jump Off street dance battles are to return on Monday 9 January 2012 at Fabric night club, London with a £10,000 prize for the winning crew.

The 15 battles will take place on a fortnightly basis every second and fourth Monday starting in January through to August 2012 where a grand final will take place.

Street dance entrepreneur Kymberlee Jay also began her career as a presenter at the Jump Off street dance battles ahead of finding success as a Nike Athlete and brand ambassador.

A £1,000 prize is also on offer for any crew that wins five consecutive times in a row.