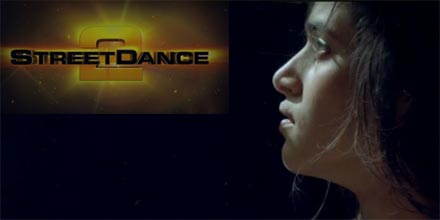 All Street Dance has been given the opportunity to interview Sofia Boutella, who plays the lead role of Eva on StreetDance 2, and wants your questions!

For us to choose your questions you should make your them interesting and insightful: We’re not looking for the same questions everyone else is likely to ask. This is your chance to ask the lead character in the StreetDance sequel your questions, so make them count!

The interview will take place on Friday 6 January 2012 in the afternoon – all questions should be sent to us well before this time to be considered.

This opportunity is now closed – check out the teaser trailer for it below!

From Wikipedia
The daughter of Algerian singer, songwriter and jazz musician Safy Boutella, she was born in the Bab El Oued district of Algiers. She started classical dance education at the age of 5 and at the age of 10 in 1992 she left Algeria with her family, and moved to France where she started rhythmic gymnastics, and joined the French national team for the Olympics at the age of 18.

At the same time, she had been rehearsing since the age of 17 with choreographer Blanca Li. She has danced in several film and TV appearances, as well as commercials. She has also danced with singer Madonna in the Confessions Tour.

Her real breakthrough arrived in 2006, when she was picked for the Jamie King choreography for Nike, as a role model of femininity and Hip hop. This was a major boost in her career, and led to more work alongside stars like Madonna and Rihanna.

She auditioned for the Michael Jackson This Is It concerts, but although successful, could not attend due to the extension of the Madonna tour, whose dates coincided with the Jackson residency. In February 2011, she was the main character of the video of the song “Hollywood Tonight”.

Her next major project will be the lead character as Eva in the forthcoming film Streetdance 2, the sequel to StreetDance 3D.