Got to Dance 2012 semi finals 4: A-Team and Methods of Movement through to final 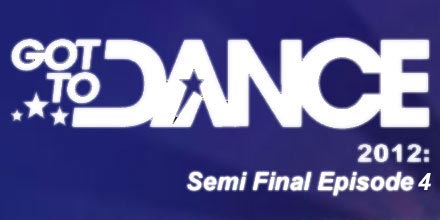 A Team and Methods of Movement are the next two acts through on the Got to Dance 2012 semi finals on Sky One HD.

They will join Sweet Suprise, Antics, Fear of the Unknown, Boadicea with Prodijig and Tayleur and Elliot from the first Got to Dance 2012 semi final in the grand final at Kensington Olympia.

Rikoshay, Methods Of Movement, Hippy-Joe, The Future, Lloyd and Rebecca and The A Team were the six acts in the third Got to Dance semi finals with the qualifiers for the finals decided by public votes.

The Got to Dance 2012 final will take place in front of 6,000 spectators at Kensington Olympia and will broadcast in 3D for customers with a Sky 3D subscription and television set.