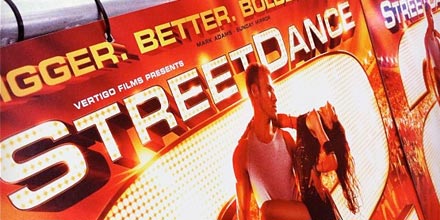 The world premiere for Street Dance 2, the sequel to Street Dance 3D took place yesterday at the O2 arena in London in celebration of the new movie featuring lead roles Sofia Boutella, Falk Hentschel and George Sampson and more.

On the red carpet was members of the cast including the lead roles plus Got to Dance 2010 winner Akai Osei, Got to Dance 2011 winners Chris and Wes, Britain’s Got Talent runners up Flawless, plus the directors of the movie, Max Giwa and Dania Pasquini and the movie’s producer James Richardson.

Also present were dancers from A Team (Animaineax) from Got to Dance 2012, Signature from Britain’s Got Talent and Dionne Bromfield who features on the Street Dance 2 soundtrack.

You can also view people’s reaction’s to the Street Dance 2 world premiere on Twitter which have been aggregated here.

All Street Dance has a gallery of photos from the Street Dance 2 premiere which can be viewed full size below.