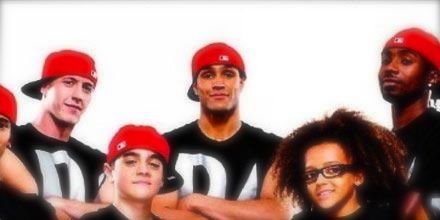 Ashley Banjo and Diversity has signed separate exclusive deals with Sky for the next two years, effectively making them exclusively Sky TV acts.

“Ashley is an exciting talent, Sky One viewers adore him and we are thrilled that he calls Sky home,” said Stuart Murphy, director of programmes at Sky.

The deals confirm Diversity as performers on Sky One and other Sky television channels until 2014 earliest. Already nine more one hour long episodes of the second series of Ashley Banjo’s Secret Street Crew have also been confirmed for spring 2013 – the first series was only six episodes – with Ashley also confirmed as a judge on Got to Dance 2013 (series four), scheduled for next January.

Sky has also announced that “more shows will be announced in the future” although not given specific details, or whether Princess Productions, the producers behind Got to Dance and Ashley Banjo’s Secret Street Crew, will produce these.

Murphy continued: “He [Ashley] remains a fantastic judge on Got To Dance and Secret Street Crew‘s first series was an enormous hit with our customers. With a raft of new contributors from a myriad of backgrounds, there will be no shortage of entertaining reveals for their friends, family and the audience in the second series’ extended run. I am also thrilled to welcome Diversity to the Sky fold – we are huge fans.”

Ashley Banjo’s Secret Street Crew made its debut on Sky One in late January 2012, tied in with the live semi final rounds of Got to Dance. The documentary involves Ashley Banjo meeting groups of unlikely people and train them into a becoming a street dance crew in secret to perform in front of their friends and family.

In the past Diversity has broadcast on Sky using its 3D service for Diversitoys, their first live show, and it could be speculated that Diversity: Digitized may also be broadcast in future as one of the unconfirmed projects in the future.