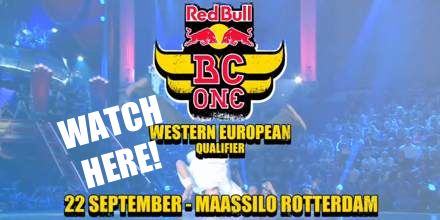 The Western European qualifier will be the final in the series of worldwide qualifiers that took place this year ahead of the world finals in Rio de Janeiro, Brazil.

16 b-boys from across Western Europe will battle for a place in the top eight contending to be champions at the world finals in December including B-Boy Wreckless Lee of the Soul Mavericks, UK.

Note: This video has been embedded ahead of the live stream at 7.15pm UK time (8.15pm Central European time) on Saturday 22 September – before this time the video may not work when clicked or play videos on a loop – try refreshing the page closer to the broadcast or bookmark us! After the player will stay online for one week before the video is taken down.