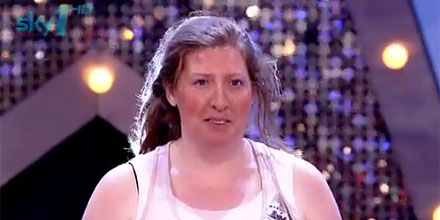 Got to Dance auditionee Happiness is the first contestant from the TV dance competition to go viral.

Happiness, real name Bridgette, was the first audition in the new series of Got to Dance last week, awarded three gold stars by the judges for her self taught routine to Scatman.

Videos of her audition passed 200,000 views via the official Sky One YouTube channel after two weeks, surpassing the next most popular audion of Theo, the Mini King of Pop.

Recently a ‘mashup’ video of Happiness’ audition has appeared on YouTube and gone viral, achieving 20,000 views of her dancing to a heavy metal soundtrack at time of publishing.

Video: Happiness is Death Metal Got to Dance audition
http://www.youtube.com/watch?v=7B-1Nslo064

Happiness was voted through to the live quarter finals which will be broadcast after the initial audition episodes.