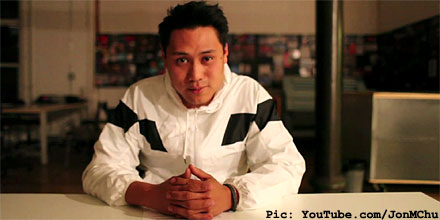 Jon M Chu, the creator and director of the online series The Legion of Extraordinary Dancers (The LXD), is to receive the Pioneer Prize at the International Digital Emmy® Awards 2011.

“Jon M Chu is one of the most up and coming directing talents of our time and we look forward to honoring him for his innovative contributions to the field of digital entertainment with our Pioneer Prize,” said Bruce Paisner, CEO and president of International Academy of Television Arts & Sciences.

The LXD is an exclusively online series of dance adventures, combines some of the best dancers in America with a super hero storyline inspired by Chu’s fascination with superhuman powers, combining music, dance, story telling, sport and interactive media via the site Hulu.com.

Since The LXD launched in the US on Hulu on 7 July 2010, the series has been distributed globally reaching a worldwide audience of over 350 million viewers. However, those in the UK were unable to watch the LXD due to distribution restrictions until several months after its release, by which time a second series of the LXD was in production.

Chu was the director of  Step Up 3D (which grossed £2.2 million in UK box office takings), Step Up 2 the Streets, and most recently directing the 3D documentary Justin Bieber: Never Say Never.

Presently Chu is set to work as executive director on the sequel to Step Up 3D, Step Up 4 Ever with Wade Robson as lead choreographer, due for release in 2012.

The LXD was created by Jon M Chu and produced by Chu and Hieu Ho in partnership with Agility Studios and is distributed by Paramount Digital Entertainment.