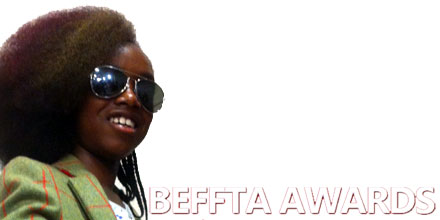 Akai Osei has been awarded the Young Achiever Award 2011 at the annual BEFFTA Awards.

Commenting on this award Akai said: “I was completely surprised to receive the Young Achiever Award 2011! A big thank you to everyone at BEFFTA and my family for supporting me 150 per cent!”

He continued: “It makes me really happy to know that people have recognised my hard work and my achievements! This award has inspired me to work even harder!”

Akai was also nominated in the BEFFTA 2011 best dance act category, which was awarded to the group Dan-Kira, while Best Dance Choreographer was awarded to Avant Garde Dance founder and artistic director, Tony Adigun.

Akai was the winner of the first series of Got to Dance on Sky One, before a stint in ZooNation‘s hip hop musical, Into the Hoods. Since appearing on TV and stage Akai has featured as a cameo in Streetdance 3D, Horrid Henry 3D and invited back to perform on the second series of Got to Dance.

Akai will be part of the main cast in Streetdance 2, due to be released in March 2012 and is set to release his first album.