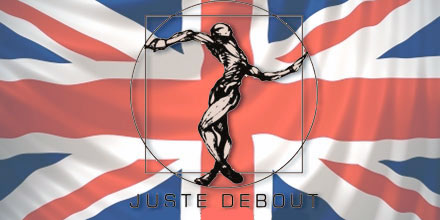 The winners of Juste Debout UK 2012 have been revealed after the competition took place at Camden Centre, Euston, London today.

It is the second time that Juste Debout qualifiers have taken place in the UK since it first preliminary qualifiers in 2011.

Meech and King Charles (USA) won in house, The Cage in hip hop, Los Kassos (France) in popping Teddy in experimental and Badness Crew (France) in locking. No UK entrants won in any of the categories. Full results can be found below.

The winners of each category have qualified to battle at the Juste Debout world finals in Paris, France on 11 March.

Winners of each round are highlighted in bold. These are initial and unverified results and there may be spelling mistakes – please leave a comment so we can comment to correct any errors or ommisions.