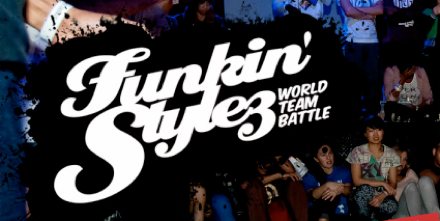 Funkin Stylez 2012 UK qualifier is to return to London for a two-day preliminary this October, organised by Supermalcom and Street Talent.

The Funkin Stylez 2012 UK qualifier will take place at two different venues, Trocadero Underground at Picadilly Circus and Plan B in Brixton on Saturday 20 and Sunday 20 October consecutively.

It is the second time the international qualifier has taken place in the UK.

Qualifiers for the Funkin Stylez world finals will take place in the categories of hip hop, house and popping, with the addition of breaking, krump and waacking as Street Talent categories (with no international qualification).

Funkin Stylez winners will win flights and accomodation for the world finals; breaking waacking and krumping will win a £100 cash prize and goodies.

The qualifiers also include a line up of invited competitors who will battle in the Sunday finals without having to compete in the preliminary battles.

Sunday 21 October – £12 in advance, £15 on the door
At: Plan B, 418 Brixton Road, London SW9 7AY
Preselection for hip hop, house, popping, 5 v 5 crew breaking, Me Against The Music and all qualifier finals in the afternoon.

Funkin Stylez is a dance battle that takes place annually in Berlin, Germany where nations from all over the world compete in the styles of hip hop, house, locking, popping and a 5 member mixed styles crew battle.