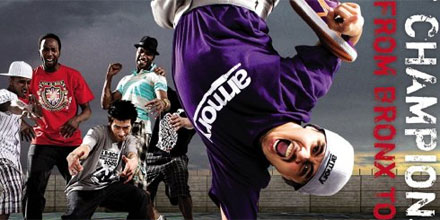 The front cover artwork for the UK B-Boy Championships book, From Bronx to Brixton has been unveiled this week.

The official UK B-Boy Championships book by DJ Hooch is to be released on 25 August 2011 and published by Virgin Books with a foreword by Crazy Legs of the Rock Steady Crew.

The hardcover book which features a photo B-Boy Mouse and members of the Soul Mavericks on the provisional cover (taken from the B-Boy Championships 2009 campaign poster) is listed as “the first comprehensive and fully-illustrated book on the world of B-Boy, by the man who founded and organises the UK B-Boy Championships” at 192 pages in length.

The announcement of the book, available to preorder from Amazon now, comes ahead of the Regional Conflict National B-Boy Championships on Saturday 9 July.

Tickets for Regional Conflict can be bought online via TicketWeb.

New York, 1979: a dance crew in the Bronx called the Rock Steady Crew introduces the world to the original and most popular dance of hip-hop culture – B-Boy dancing – where DJs create breaks in the music tracks for dancers to showcase their moves.

London, 1996: a small event known as the B-Boy Championships is launched at London’s Shepherd’s Bush Empire to reignite the fire of the B-Boy movement, which then takes up home in the Brixton O2 Academy.

Over 15 years later, B-Boy has set the world alight, with crews from the US to Scandinavia, the UK to the Far East competing in the UK B-Boy Championships every year. In B-Boy Championships: From Bronx to Brixton, the founder of the Championships, DJ Hooch, has brought together over 100 stunning full-colour images from 15 years of the ultimate B-Boy competition; and explains the moves, styles, battles and crews that have taken the world by storm, showcasing the top B-Boys and girls as they face off in the battle to end all battles. 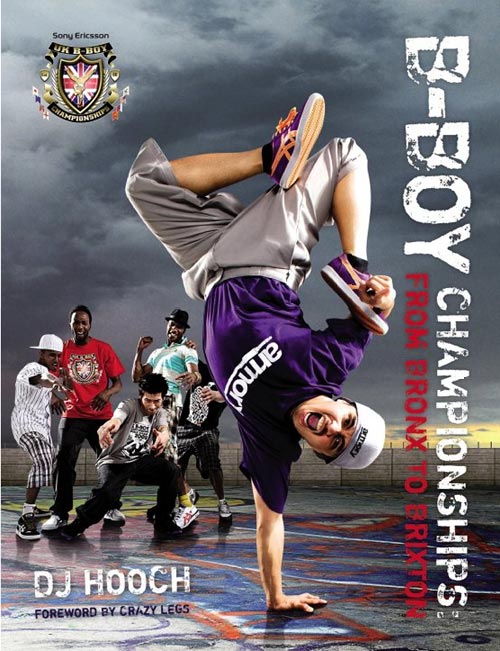