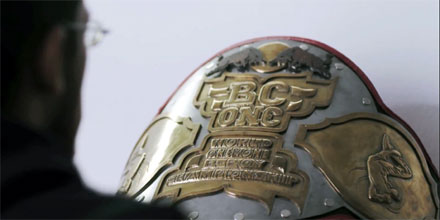 B-Boy Lilou from Pockemon Crew and the Red Bull BC One All Stars is the star of the first promo for the finals of the competition in November.

B-Boy Lilou from Algeria is the only breaker to win the competition twice in the event’s history, once in 2005 and later winning Red Bull BC One 2009.

The Lilou’s Road to Red Bull BC One video comes after the last of the regional BC One 2011 qualifiers took place last weekend where 2010 finalists Lil G and Taisuke were champions.

Red Bull BC One is an annual one-on-one b-boy battle for 16 of the world’s most elite and unique b-boys, held in a different city every year. Last year the Red Bull BC One 2010 finals saw Neguin crowned as champion when the finals were held in Japan.