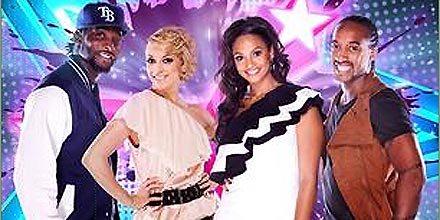 Lil Diamonds are the winners of Alesha’s Street Dance Stars 2011 on the CBBC Channel.

The winning crew were chosen winners ahead of the other two finalists, finalists Wiked and G25 by judges Turbo, Kenrick Sandy and Lizzie Gough.

Lil Diamonds win Alesha’s Street Dance Stars as well as the opportunity to perform at The Lowry in Salford Quays, Manchester, tomorrow, and will have their choreography featured in ZooNation‘s forthcoming production, Some Like It Hip Hop, in which Lizzie Gough plays a lead role.

Alesha’s Street Dance Stars ran over ten episodes starting on 22 August 2011 featuring 24 street dance crews aged between 10 and 16 selected to perform in the qualifiers after auditions took place across the UK.

The series puts the crews through their paces to find out which group has what it took to win, including facing dance challenges in unfamiliar styles, mentored by Jordan Banjo and Perri Luc Kiely.

Three crews qualified for the finals, where one winner was chosen.