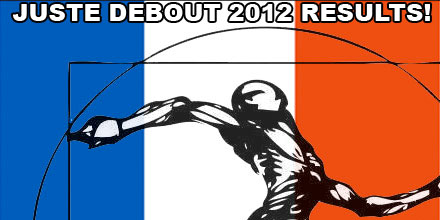 The winners of the Juste Debout 2012 World Finals have been announced and can be found here!

A full break down of bracketed results can be found below. Where a draw is called and a balanced score is given, a head judge for that category counts as two votes towards one side. Countries show in brackets may also be where that duet qualified and not necessarily the country they represent – please leave any corrections in the comment box below.

Ducky and Jay v Markus and Alex A Train