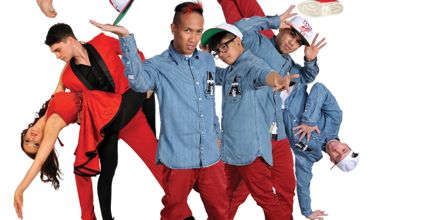 Flash Mob, a dance show starring acts from TV shows Got to Dance, So You Think You Can Dance, Street Dance 2 and Move Like Michael Jackson is to debut in Edinburgh Fringe Festival in August.

Flash Mob will be a “public platform to create sensational routines” without the constrictions and creative limitations that adapting choreography for a TV programme can have on artists, putting the dancers front and centre.

“Often the winners and finalists from these dance programmes and movies are snapped up by West End Theatre and international tours supporting pop legends, but they lose the chance to dance in their own right,” said Martin Blore from World Dance Management. “This show gives them the opportunity to choreograph their own individual routines and really show the world what they are capable of under their own name. They are the stars of their own show!”

The Flash Mob show will be directed by Gary Lloyd, artistic director and choreographer for Thriller Live and artistic director for Hair The Musical and star hip hop dancers that have risen to fame on TV talent shows and movies, including The A-Team, Tommy Franzén, and a Latino duet from Street Dance 2. Also starring is Irish dance duo Brosena from Sky One’s Got to Dance 2012 and Got to Dance 2011 finalists, Alleviate.

The title and phrase ‘flash mob’ will also act as a running theme throughout the show for the performers to interpret and use to encourage audience participation.

The Flash Mob show at the Assembly Hall, Edinburgh will star artists from reality TV dance show from 2 – 27 August 2012. Booking details can be found at EdFringe.com.