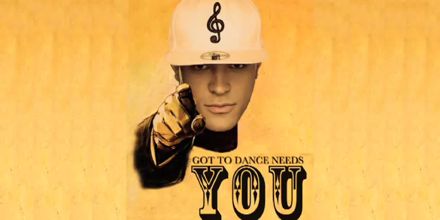 Got to Dance 2013 (Series 4) auditions have been confirmed with applications opening online recently.

Got to Dance 2013 auditions will take place at the main cities across the UK throughout July and August with accepted acts being notified of exact screening details.

Video: Got to Dance 2013: Ashley Banjo Needs You

Producers are looking for dancers and groups of any age and any dance style to follow the success of Akai (series one winner), who is presently set to star in the forthcoming All Stars film and Chris and Wes (series two winners), who went on star in their own TV programme: Chris and Wes – Let’s Do This. Prodijig (series three winner) currently do not have any projects officially announced, although there are uncofirmed rumours of a tour.

Davina McCall is confirmed to return as host for the new series. Judges Ashley Banjo, Kimberly Wyatt and Adam Garcia are highly likely to return for series four. While not officially confirmed, applications for a second series of Ashley Banjo’s Secret Street Crew incite Ashley will return as a judge.

Got to Dance 2013 audition dates

Dancers wishing to apply for Got to Dance 2013 should apply online at sky.com/dance for an online application form. 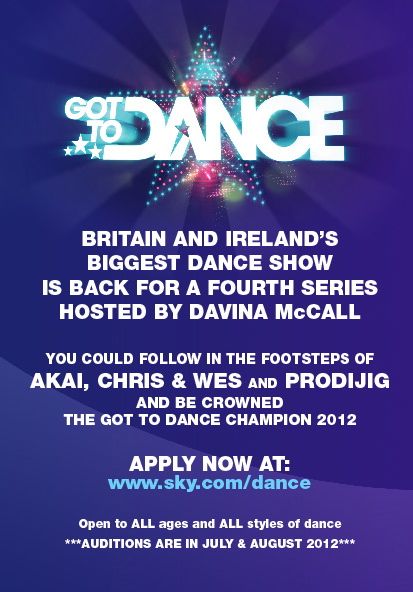 See also:
List of all Got to Dance 2012 (series three) groups