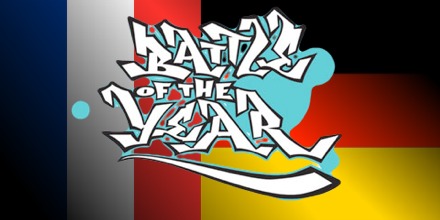 Battle of the Year is to return to Germany after three years of the world finals being held in Montpellier, France, it has been announced.

The annual international b-boy (breakdance) tournament that has taken place annually since 1990 will return to its original venue Volkswagen Halle in Braunschweig, Germany following an announcement after Battle of the Year world finals 2012 yesterday.

“The last three years have been the perfect partnership with the city of Montpellier,” Thomas Hergenröther, creator and CEO of Battle of the Year commented. “We’re leaving with a little sadness but also looking forward to returning to Germany where BOTY started.”

Battle of the Year, also referred to as BOTY, is an annual international b-boying tournament that began in 1990. BOTY world finals were held at the Volkswagenhalle in Braunschweig, Germany until 2009 when event moved to Montpellier, France to accomodate a bigger audience as its popularity grew.

See the official Battle of the Year history

The relocation to France allowed Battle of the Year to enjoy additional publicity with prominent coverage on France’s urban lifestyle channel CanalStreet.

“It was a great experience to work in France together with our French team and we all became very close friends over the past three years – in this way it is sad to leave Montpellier,” BOTY spokesman Mario Roth added. “The city and region of Montpellier was very kind and gave us great support, but now we can look forward to the future and to the return to the city of Braunschweig!”

The Battle of the Year will continue its A Change of Direction week ahead of the world finals which include workshops with judges, parties, a hip hop theatre night and the We B*Girlz world finals.

See all of our Battle of the Year news