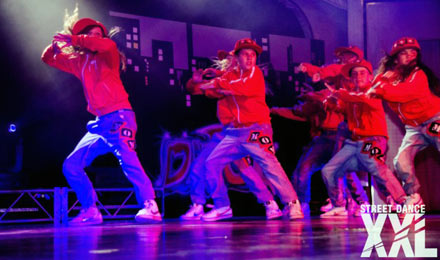 Winners in the over 18 category of Street Dance XXL 2011 will win an all-expenses paid trip to New York to compete and represent the UK internationally.

As revealed in January the Street Dance XXL championships is being filmed as part of a three part Channel 4 documentary by Fresh One Media.

The series starts at the preliminary stages of the dance competition during Move It 2011 where a 500 seat arena will be installed in the venue to allow people to watch the Street Dance XXL qualifiers.

The documentary will follow qualifying groups to the championships at ExCel London where the winner will be decided, culminating in a camera crew following the winning group to New York to document the history and origins of hip hop dance for the concluding episode.

Groups who wish to register and compete should visit www.streetdancexxl.com.