Sky One has announced auditions for Got to Dance 2012 are now open. Judges Ashley Banjo, Adam Garcia and Kimberly Wyatt will return as judges, and Davina McCall will return as host for the third series.

Update:
Since this article was published new details on Got to Dance 2012 emerged – read here!
For all Got to Dance news stories, see here.

Auditions will take place throughout July and August, although no venues have been set.

Applications for series three of Got to Dance can be made via SkyOne.com/Dance.

TheGot to Dance 2011 winners was street dance duet Chris and Wes who also won the £125,000 prize. On average the programme attracted audiences of 991,500, 0pening to audiences of 1.13 million viewers. 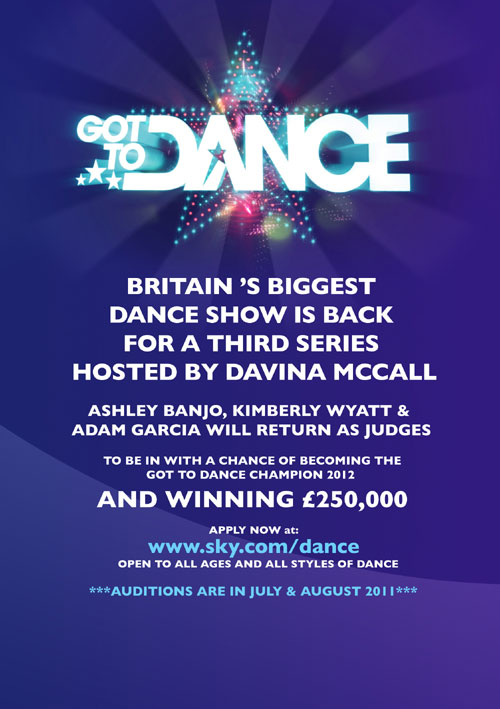